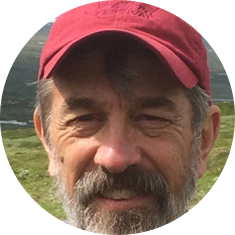 Dr. John Fryxell is currently a professor and Department Chair at the University of Guelph. He holds a Bachelor of Science and a PhD from the University of British Columbia. His research focuses on interactions between behavior and consumer-resource dynamics. Dr. Fryxell uses a mix of theoretical and empirical approaches to consider the dynamics of specific systems. Theoretical questions of interest include herbivore and carnivore movement in relation to resource availability and predation risk, optimal diet, patch selection, and dispersal patterns in heterogeneous environments, the effect of social interference and territoriality on consumer-resource interactions, and impacts of harvesting by humans on fish and mammal populations.

In 2010, the National Geographic featured Dr. Fryxell’s research on the migration of herbivores in a seven-part program called Great Migrations. The series took three years to produce and was filmed in 20 countries on all seven continents. It was aired worldwide in 34 languages in 330 million homes in 166 countries, including Canada. There was also coverage in National Geographic magazine and an official companion book. It’s the largest programming production in National Geographic history.

Return to About Us.