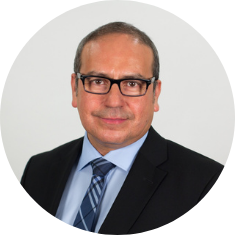 Dr. Gracia-Garza became a Special Advisor, Agriculture and Climate Change at Agriculture and Agri-Food Canada(AAFC) on October 2020. He previously contributed to the department as interim Associate Assistant Deputy Minister and Director General in the Science and Technology Branch. He has been part of the department since 2016 where he led national and international science departmental priorities such as genomics, antimicrobial resistance and the nexus between agriculture and the environment, including climate change.

Dr. Gracia-Garza joined the federal government as a scientist with AAFC in 1998.