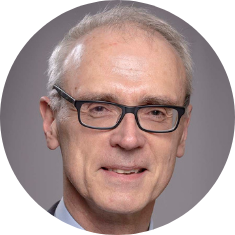 Rory McAlpine recently retired as Senior Vice President, Government and Industry Relations with Maple Leaf Foods. He is currently a board member of agri-food sector organizations including the Canadian Agri-Food Policy Institute, VIDO (University of Saskatchewan) and the Maple Leaf Centre for Action on Food Security.

For fifteen years at Maple Leaf Foods, Mr. McAlpine led the company’s engagement with government and industry partners on matters of public policy, programs, regulatory affairs and international trade. Mr. McAlpine served as Deputy Minister of the B.C. Ministry of Agriculture, Food and Fisheries from 2002 to 2005. Prior to that he obtained significant experience with Agriculture and Agri-Food Canada as Director General of the International Trade Policy Directorate; Executive Director of the National Farm Products Council; Director of the Grains and Oilseeds Division; and Deputy Director of Multilateral Trade. Mr. McAlpine started his career as a Trade Commissioner with the Department of Foreign Affairs and International Trade in 1982, with postings to Ottawa, Edmonton, Kuwait, Bangkok and the Canadian Mission to the EU in Brussels.