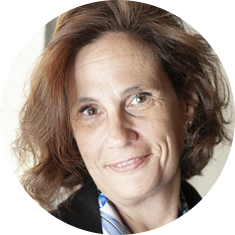 Role: Professor and Director, One Health Centre of Excellence (University of Florida)

Ilaria Capua is full professor and  Director of the One Health Center of Excellence at the University of Florida. She has worked in veterinary virology for over 30 years directing laboratories of international stature and has served as an elected representative in the Italian Parliament for over three years (2013-2016).  She is a regular columnist for the Italian mainstream press and the author of several books.

In her career as a virologist, she dedicated most of her professional life to viral infections of animals that can be transmitted to humans and pioneered genetic data sharing to improve pandemic preparedness. She has authored over 220 publications in peer-reviewed journals and has published scientific books on Avian Influenza and Newcastle disease and seven books for the general public.

She is now focusing on a novel, broader approach to health known as  Circular Health which aims to co–advance the health of humans, animals, plants and the environment by exploiting the big data environment.