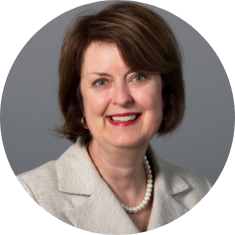 Prior to becoming an Assistant Deputy Minister, Ms. Pégeot participated in an Interchange assignment as a visiting executive with Encana Corp. in Calgary and worked in various departments, including Health Canada, Agriculture and Agri-Food Canada and the Privy Council Office. She started her career in the Quebec Ministry of Agriculture, Fisheries and Food.

She holds a Master of Policy Analysis and a Bachelor of Food Science and Technology, both from Laval University.