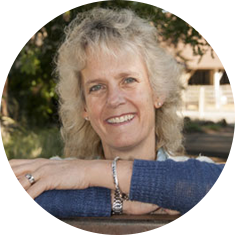 Dr. Alison Van Eenennaam is a Cooperative Extension Specialist in the field of Animal Genomics and Biotechnology in the Department of Animal Science at University of California, Davis. She received a Bachelor of Agricultural Science from the University of Melbourne in Australia, and both an MS in Animal Science, and a PhD in Genetics from UC Davis. Her publicly-funded research and outreach program focuses on the use of animal genomics and biotechnology in livestock production systems. Her current research projects include the development of genome editing approaches for cattle. She has given over 600 invited presentations to audiences globally, and frequently provides a credentialed voice on controversial scientific topics. A passionate advocate of science, Dr. Van Eenennaam was the recipient of the 2014 Council for Agricultural Science and Technology (CAST) Borlaug Communication Award, and in 2017 was elected a Fellow of the American Association for the Advancement of Science (AAAS).